Please enter your username or email address. Instructions for resetting the password will be immediately emailed to you.

Get ready for the future of security and archiving with SIMATIC WinCC Open Architecture V3.17

The new functionalities include:

The NGA is a new way of archiving that supports the time-series data optimized InfluxDB. It comes with a smaller footprint (87% less storage compared to RDB) and better performance in both reading and writing. The same data can be archived into a local as well as a centralized database. Events and alarms can be archived without RAIMA.

With Wibu CodeMeter, customers can manage their licenses autonomously. It allows more flexibility in changing licensed software configurations. Licenses can be assigned to either software containers or hardware dongles. Locally, a new integrated service provides the user with an overview of all licenses currently assigned to the device.

Node-RED is a Node.js based workflow engine that lets the user create workflows in a visual editor. It provides many useful pre-programmed nodes, e.g. for data exchange. The graphical editor reduces engineering effort drastically.

Additional to the Mobile UI App, ULC UX can now be used on mobile devices without additional installations or file downloads. With new multitouch support, more efficient full screen mode and window handling, it is now better aligned with native UI functionality than before.

In addition to the introduction of a new vector datatype, the implementation of functions is now stricter and more precise, with e.g. syntax checking at declaration. The System Log output has been improved; there is now e.g. an added warning when a function returns a different datatype than specified.

There are a lot of new OPC UA functions available now, such as: individually configurable server subscription parameters, access to remote datapoints via DIST connection, 10x faster communication with S7-1500 PLC or the ability to track changes made by authenticated users on client side.

V3.17 received IEC 62443-4-2 certification. Additionally, new security measures have been implemented, such as automatically setting the highest security level when creating a new standard project. The _auth config has been reworked for more flexibility. Panels and Scripts are now transferred and stored encrypted on remote Mobile & Desktop UIs.

The Qt version has been upgraded to V5.12, which enables the design of more exciting user interfaces, as well as better support for High-DPI displays.

In the PDF EWO a new function allows jumping to a defined anchor within the document. Among other things, the config file editor now has syntax highlighting. GEDI innovations include: files can now be directly saved into subprojects, columns in project view can be flexibly adjusted, GIT main functions available via right click context menu. 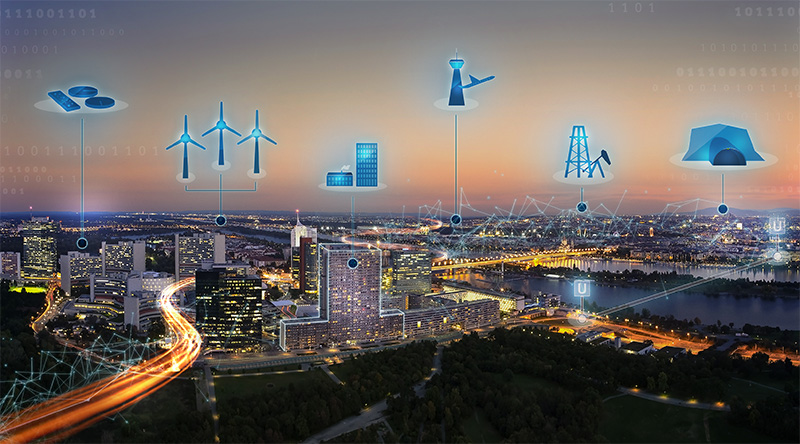